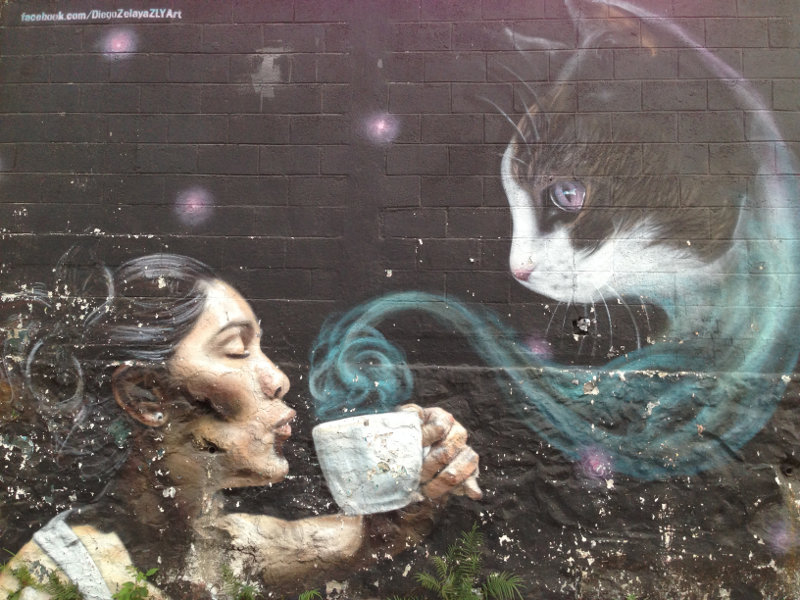 As a singular geographic location, Guadalajara seems uncommonly blessed with massive quantities of quality street art. Studies of decades of Mexican graphic design have hinted at how visually oriented and artistically talented the people of this country can be, and the graffiti one finds here, in so many corners of this special city, only serves to reinforce such theories.

One of the longest continuous stretches of arte callejero, or street art, in all of Guadalajara falls along Agustín Yáñez (Avenida Washington). If you enjoy this form of artistic expression and the sublime perspective a walk can give one, then you really need to make this tour on foot an essential part of your itinerary while visiting the city.

Separating the southern edge of Yáñez from an industrial train depot and lengths of tracks running through the city are broad sections of high-reaching concrete walls. Between Avenida Union to the west and Avenida 8 de Julio to the east, these barriers have been covered…and covered…and then covered again with some of the best street art Guadalajara has to offer. 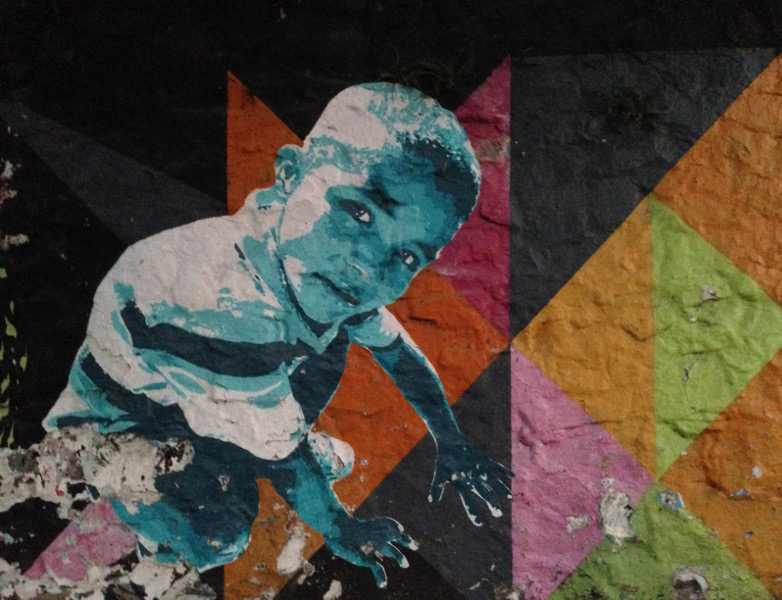 What we’re talking about here is almost two kilometers of a nearly unbroken chain of piece after piece sprayed by this city’s regulars, some anonymous and some not so much. Not every section is out of this world – there is absolutely some mediocre work, especially at the 8 de Julio end of the cement barriers. However, I still wouldn’t recommend you skip any of it.

In fact, to ignore any part of the entire stretch in question would mean missing out on some truly stellar work that is lodged between some of the less impressive stuff and, hence, shines out even more amidst all of the pieces to be seen. Additionally, one of the most beautiful things about it all is that it’s in flux. What I show you today via photos I’ve taken may no longer exist when you yourself make the walk and see the brilliant new art that wasn’t there before when I last visited.

Go during the day on a Sunday and you’ll be able to photograph your favorite pieces in a more leisurely fashion; there will be less traffic and fewer people walking about. Keep in mind that given the nearby railroad tracks, there are some inevitable signs of vagrancy and street activity along Agustín Yáñez/Av. Washington, including a small encampment down Avenida Mariano Otero to the south.

If that makes you uncomfortable or you worry you’ll stick out too much, then go during the day on a weekday when you’ll be sharing the street with other city residents walking about, catching the bus, going to and from work or otherwise generally going about their daily lives. Also know that I’ve visited the area many times without incident.

I’ve mapped the walk for your convenience. Throw on some decent walking shoes, bring your favorite camera, begin at either end and allow for approximately three hours or so to see it all calmly and comfortably. And then, once you’ve walked the walls, keep an eye out when you’re in other parts of the city for additional signature pieces that have been created by the same great artists utilizing whatever structural article they have at their disposal as their canvas. No doubt you’ll recognize the similarity of some of it to what you’ve seen in Yáñez.